The Effect of Mechanical Beach Cleaning on Wildlife

Posted on 2020-09-08 Categories: Activities, Ecological Assessment, News No comments yet

The University of Rostock has been researching the impact that mechanical beach cleaning has on local wildlife, particularly coastal birds. Four different managed beaches along the German Baltic Sea coast (Zingst peninsula, Warnemünde, Poel Island and Scharbeutz) were compared with unmanaged areas and a reference area, the nature reserve Langenwerder Island.
A general quantification of the beach wrack biomass and biodiversity was made, and the behaviour of birds before, during and after the cleaning process were closely observed. Four students of the University of Rostock braved rain, cold temperatures and the early morning ‘sunrise’ hours to diligently collect the data. They also recorded the noise emissions of the cleaning vehicles themselves. Two of the students will write their final theses about this important work, which will be finished at the end of the year.
On July 22, these activities were filmed (again) on Zingst. It will be shown on German television in November of this year as part of the NDR program “Landpartie”. It was bitterly cold – many thanks to the commitment of the four! 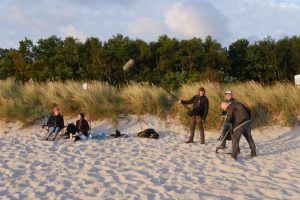 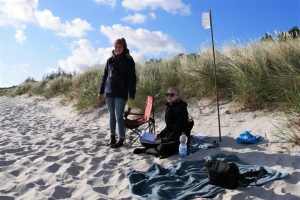 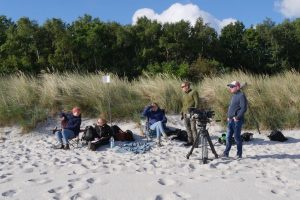 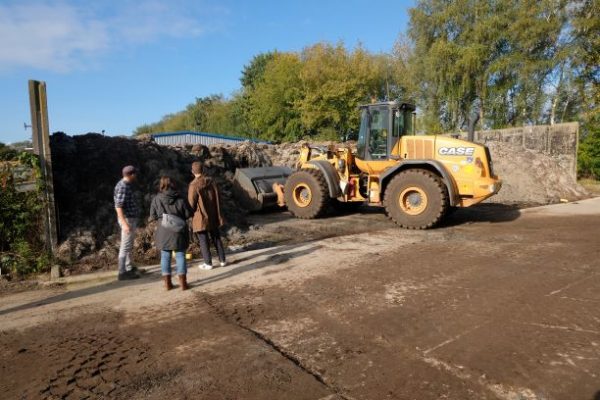 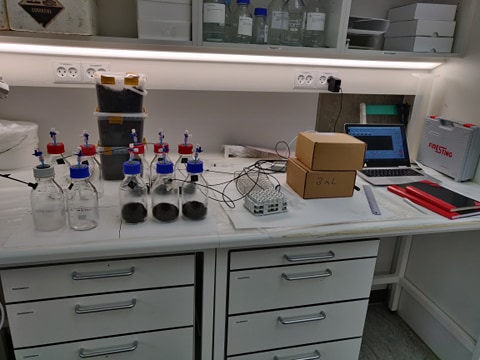 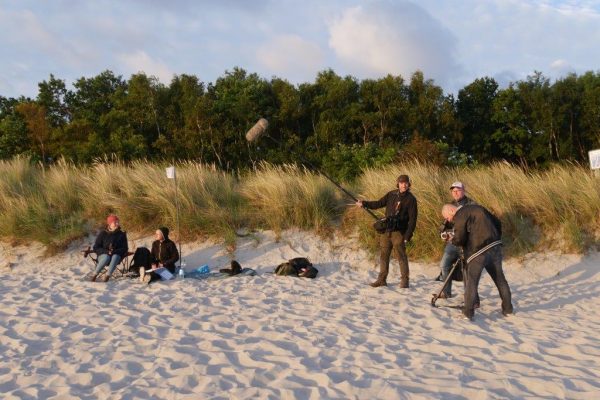